Sónar+D CCCB combines the most impressive shows from the local scene with exclusive performances by international artists.

In line with the trans-disciplinary nature of the event, the performances cover the entire spectrum of live performance, from technological shows to premieres of albums and DJ sets, both in-person format and through creative video capsules exclusively produced for this live broadcast.

Over two days, Sónar will be premiering a multitude of shows from various cities and venues around the world:

Max Cooper, the musician with a doctorate in computer biology, is investigating the concept of infinity from all angles, collaborating with artists and scientists. He will present the exclusive audiovisual show “Max Cooper Live AV show” from Kings Place Studios in London.

Arca, the producer, artist, dj and contemporary icon, will be performing a special live DJ set from the Teatre del CCCB in Barcelona. Following the release of ‘KiCk i’, one of the best received albums of 2020, this will be her first live performance since the end of the confinement.

The Detroit composer Laurel Halo will be playing from the Haus der Kulturen der Welt in Berlin, providing a small sample of her sound that moves between pop, ambient, club and experimental electronica.

From Tokyo, the world-renowned designer, artist, researcher and producer Daito Manabe will give an audiovisual performance conference from his studio, interrelating mathematics, physics and technology. Ryoji Ikeda – a pioneer of advanced music and digital art – will unveil the first version of his forthcoming installation.

The Ecuadorian musician and producer Nicola Cruz will offer an exclusive show from Quito with unreleased tracks from his next album together with percussionist Andrés Benavides.

From Matadero de Madrid, one of the most relevant artists on the Spanish scene, the innovative Niño de Elche, will present his live performance “Segunda diferencia: Oraciones del siglo XXI”, a preview of his next work.

Also from Madrid, Ms Nina -one of the creators and ambassadors of the Neo-Perreomovement-, will perform an intimate portrait of the artist during confinement or, the unreleased audiovisual project by Chenta Tsai – also known as Putochinomaricón – inspired by a collection of supernatural stories written by the Qing-dynasty poet and scholar ‘Yuan Mei’ (袁枚, 1716-1798). The performance is composed of sounds, images and spaces that have been significant for Chenta Tsai in reconnecting with they roots and identity as a radical-queer-asian-immigrant artist.

Sega Bodega from London will play several tracks from the recently released album ‘Salvador’ in a very intimate live performance.

Sónar focuses on local talent and connects it to the world

Sónar+D CCCB 2020 wishes to address the needs and concerns of Barcelona’s local creative communities, with the aim of strengthening the cultural network of the city and the country.

From the Teatre CCCB, Maria Arnal and Marcel Bagés will be showcasing the live pre-premiere of their new release.

The Centre d’Arts Digitals IDEAL will host special collaborations like the one by Alba G. Corral with Carles Viarnés and between John Talabot and Desilence in inmersive format. The show “Acte de Fe” by Grandia / Martorell / Vilajuana will also be there.

betevé’s studios will present the exclusive live performances by  Morad, the most groundbreaking star of today’s trap thanks to his raw portraits of life on the margins of society; Shoeg, the main project of multidisciplinary artist Carlos Martorell, who explores the creative possibilities of technology using movement sensors, 3D graphics and video-game engines; and Nara is Neus, performing “day 3” with dancer Ariadna Clapés and Sasha’s visuals.

From their studio in L’Hospitalet, the multidisciplinary artists Lolo & Sosaku will present “Concert for four pianos“, their new sound installation with instruments they created and composed together with Sergio Caballero. The show will present four pianos “played” by kinetic sculptures installed on them and configured to produce random moments of harmony and dissonance, immersing the audience in a unique sonic and visual experience.

In addition to all these shows, there will be 14 DJ sets and 6 shows by the most relevant artists of the Barcelona scene, in association with the online radio platform dublab BCN.

Sónar+D CCCB 2020 also premieres “The Catalan Electronic Music Scene” (2020), a documentary produced by Catalan Arts Music, the internationalisation brand of the Catalan Institute of Cultural Enterprises (ICEC), and with a script by Javier Blánquez, which displays the variety and vitality of the electronic music scene in Catalonia through some of the most outstanding artists and DJs of the moment: Rosalía, Coyu, beGun, Pina, Ylia, C.P.I., JMII, Pedro Vian, Coyu, Sustainer and Luna Ki. The documentary aims to open a window on the Catalan music scene and contribute to its international projection.

Programme of conferences, talks and debates: environmental awareness and the relationship between creativity and science

As always, Sónar+D CCCB will be a celebration and a meeting point for the city’s creative communities and beyond. As we do every year, we will meet to share projects, ask questions, imagine new possibilities, outline ideas and chart the paths along which the future can unfold at the intersection of culture, art and technology.

Within the framework of the global crisis of Covid-19, this will be a more reflexive edition of Sónar+D, with an extensive programme of collaborative activities in which we will once again bring together creators, developers, activists, cultural agitators, designers, artists, musicians, entrepreneurs, hackers, the curious and, in general, people who are passionate about the culture of our time.

The conference programme will revolve around five main topics: the more artistic side of robotics;  advances in immersive technology; artificial intelligence and its role in the economics of creativity; science with a trans-disciplinary focus in the fields of bioacoustics, neuroscience, biohacking and climate change; and music creation and its relationship with technology.

Among the conferences and presentations, the following stand out:

Sónar+D CCCB offers 9 workshops that can be followed both online and in person on multiple topics such as virtual reality, the multiple applications of algorithms or design.

The Barcelona studios Be another lab and Antiloop will present new applications of virtual reality; Mario Santamaría will discover the physical path taken by the website servers; Lina Bautista (Linalab) will offer an introduction to live coding to take the first steps into the “algorave” world; Roland Olbeter and Urbez Capablo will show the interaction between robotics and algorithms; Elisabet Roselló will introduce the public to the design of futures, while Alba G.Corral will explore decentralised platforms for collaboration and creation. Protopixel will give a collaborative workshop on light design in two cities simultaneously: Barcelona and Berlin; and, finally, Sonosuite will give clues to detect errors in a music collection.

Presentations from creative studios, universities of Barcelona and art installations

Both at the CCCB and online there will be a total of 15 activities, including presentations of creative studios, Barcelona’s universities and art installations.

The Broomx studios – with their innovative immersive projection system – and Antiloop will be presenting their tools for creating large-format, multi-user virtual reality experiences.

Futura Space will present a new social virtual reality platform which will be premiered exclusively at Sónar+D CCCB and which will allow all those attending online to create their avatars, interact, chat and network.

There will also be a gathering of educational centres and universities such as the Universitat Politècnica de Catalunya, which will be presenting its UPC Arts programme; the UB Master’s Degree in Sound Art, introducing a sound installation that can be controlled remotely; and IED Barcelona, with two experiences mixing data analysis, creativity and interactivity.

The virtual exhibition Garden Barcelona Show, which can also be seen at Arts Santa Mònicafrom 9 to 20 September, will bring together the most recent productions and acquisitions of the BEEP Collection and a series of works produced at Hangar thanks to the grants awarded to Mònica Rikic, Roc Parés and Santi Vilanova. The exhibition is part of the Ars Electronica Garden Barcelona, a programme of activities that highlights the diversity, wealth and dynamism of the Catalan creative scene.

The artistic intervention Eina Idea Metro Mudra, which will take place between 4 and 19 September in 8 stations of the Barcelona Metro (Universitat, Catalunya, Passeig de Gràcia, Sagrada Família, Espanya, Diagonal, La Sagrera, Sants Estació), suggests a poetic reflection on the body in times of social distancing based on a system of gestures, pictograms and concepts in movement. The intervention is created by a team of young designers and teachers from Eina, within the framework of the Eina/Idea think tank.

For the first time, betevé, Barcelona’s public media service, will be responsible for the production and live broadcast of Sónar+D 2020. In addition, some of the content will be broadcasted on its television channel.

For the first time, the full live stream of the Sónar+D CCCB event will be powered exclusively by the platform Mixcloud LIVE, official partner of the festival. The DJ sets at Torre d’Alta Mar will also be available to watch via Sónar’s official channel on Mixcloud. 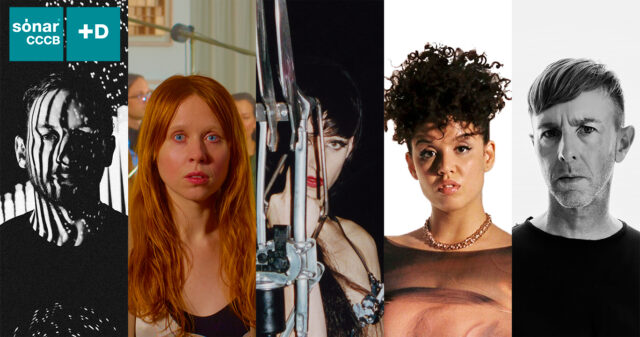 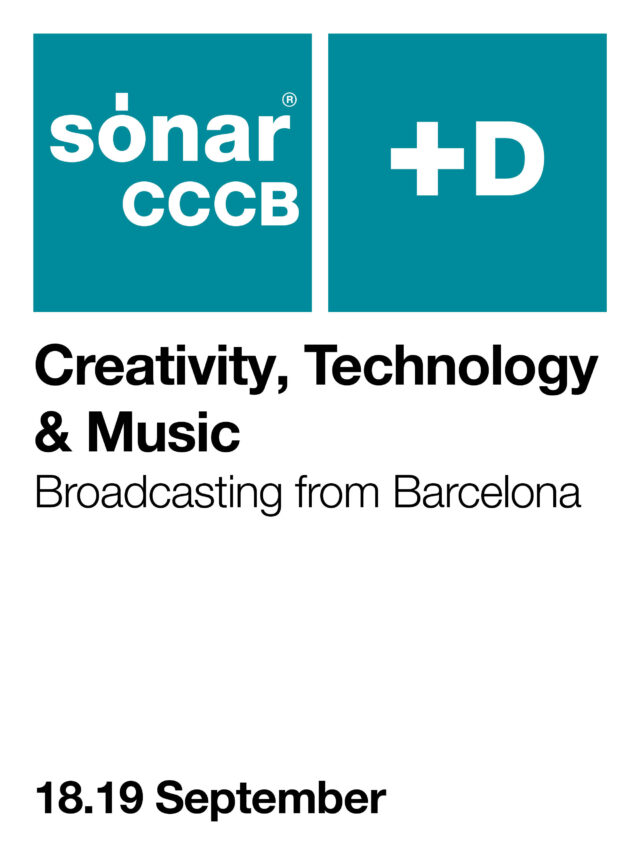 A cup of thea on july

a cup of thea on June

A Cup of Thea on may

a cup of thea on april

House music and trends from the best worldwide experts to be always at the top!